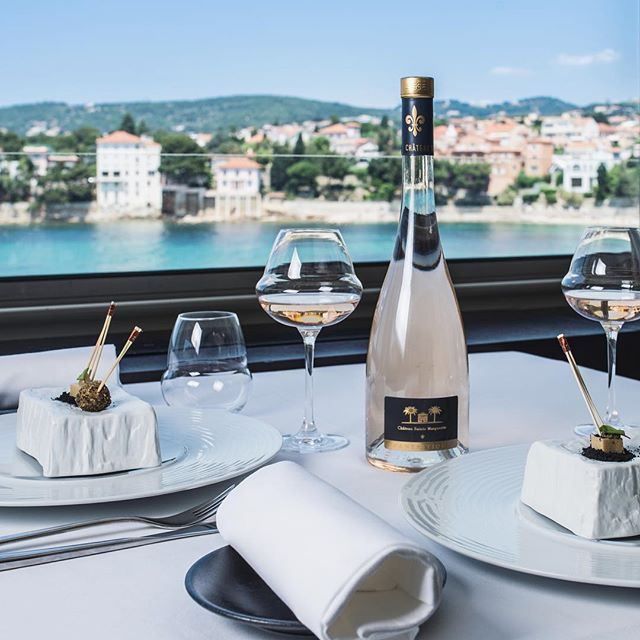 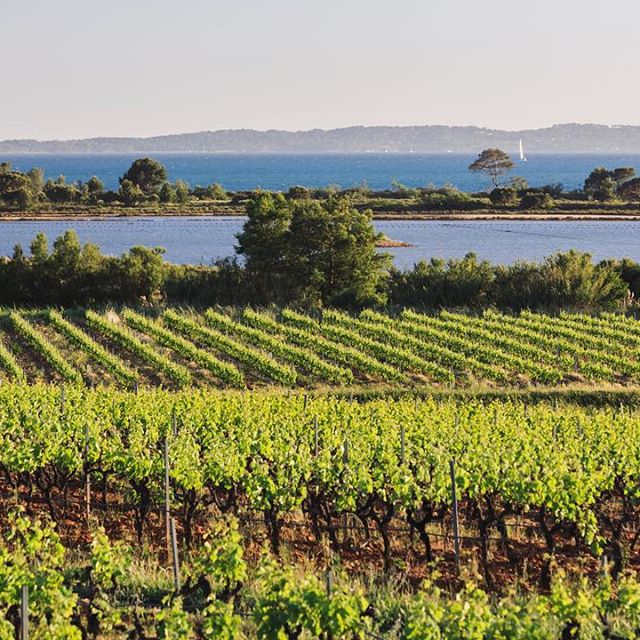 Château Sainte-Marguerite: The Essence of Provence

When I lived in France many years ago—the early 1970s to be precise—I recall going to certain restaurants with friends and ordering menus with a wine selected for each course. Our choices depended not only on what we thought best matched the foods but what we could afford, though we sometimes stretched a bit when approaching certain crus of Champagne, Burgundy and Bordeaux.

As we gourmandized our way through the meal, I’d occasionally look around to see what fellow guests were drinking, and I swear that for every table that had more than one bottle on it—usually a white and a red—there was another wielding a slender clear bottle with something pink inside.

Once I asked the sommelier of a two-star establishment what exactly that pink stuff was. He glanced skyward with an exasperated shrug and replied: Un petit rosé de Provence.

Mon Dieu, I muttered, you mean with all this wonderful food people nurse their way through a meal with a lone rosé. Oui, he replied with an apropos Gallic sneer, et il est vraiment petit.

Since then I’ve learned to love rosés—well, certain rosés—and I’ve also learned that as a rule a number of the very finest rosés come from—mai oui—Provence. The one that exalted our meal last evening was beyond doubt one of the finest: Château Sainte Marguerite Cuvée Symphonie Récolte 2019 Cru Classé Côte de Provence Protégée.

Sipping and sniffing it and nibbling on olives and cherry tomatoes and salted nuts and zesty goat cheeses, while admiring the minimalistic label depicting two palms flanking a Mediterranean style maison, brought back memories of brief but enlightening sojourns in the south of France. And I swear, if I ever have the chance to return, I’ll head straight for Château Sainte Marguerite.

As it turns out, my daughter Gaia has already been there and since she’s more poetic than me, I’ll let her rhapsodize over it:La Londe-les-Maures exudes the Mediterranean in the colors of the landscapes and the scents in the air. With Toulon and Saint-Tropez at its sides, the Massif des Maures at its shoulders and before it a sea whose blues are one with the sky.

This is the property of the Fayard family. Brigitte and Jean-Pierre Fayard fell in love with Château Sainte Marguerite in 1977 and since then, with the passing of generations and fates, it has become a family affair, with three children and their spouses carrying out the various devoirs.

The green-scented tones of the vegetation frame the gentle expanses of vineyards that rest on shallow soils of fine clays, schist and phyllites rich in quartz. Were it not for the stands of hibiscus, olive trees and palms to punctuate the rows of vines, one might imagine that the vineyards belong as much to the sea as to the earth.

In such an idyllic setting the most coveted wine could only be pink. The Cuvée Château Rosé illuminates  a bottle as transparent as air, its liquid irradiated by the light that reflects the ruddy pastels of the soil. A hint of blush is lent by a very small dose of Syrah, which also contributes some curves, and the rest is the milieu of Cinsault and Grenache, freshness and grip. Around here—imagining ourselves there—it’s a wine for all seasons and any meal: sky and sea and a Mediterranean sunset reflected in a glass.

Maybe someday I’ll learn to write like that, but in the meantime about the best I can come up with is: a votre santé.