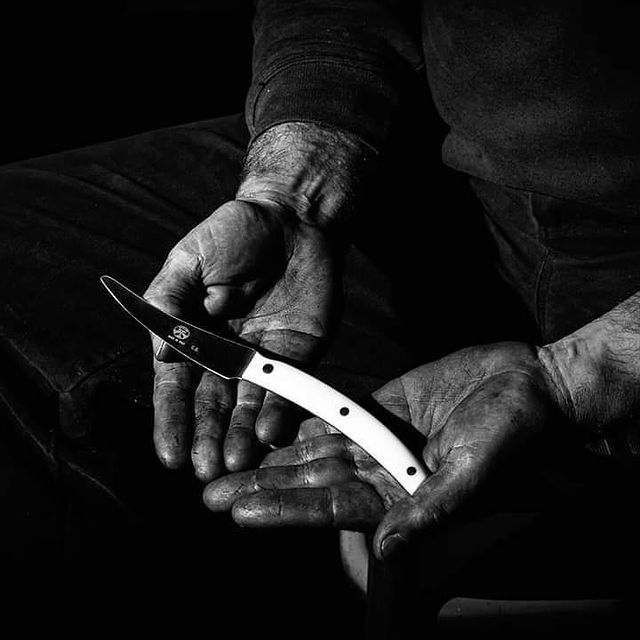 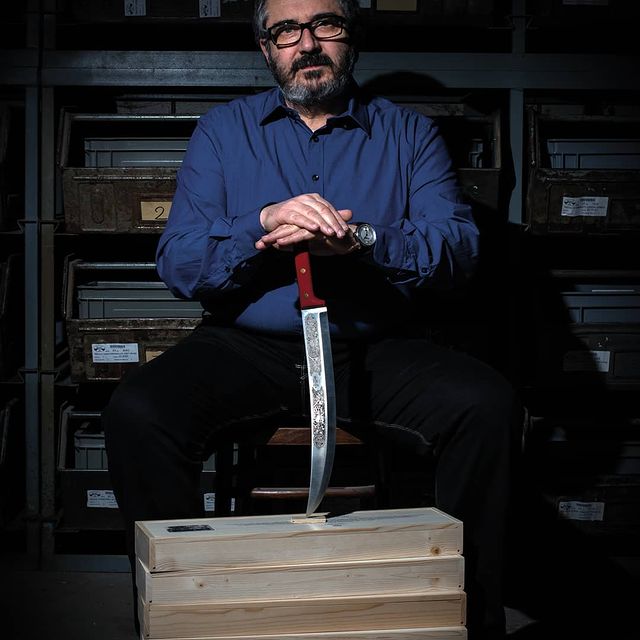 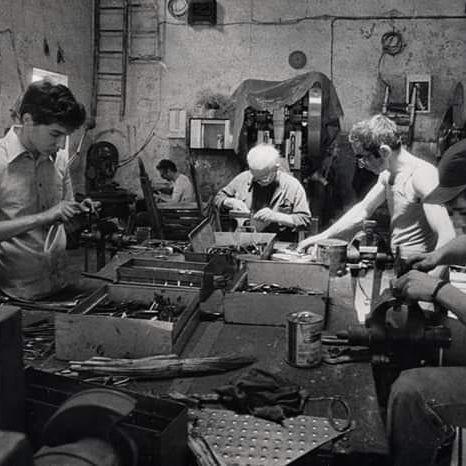 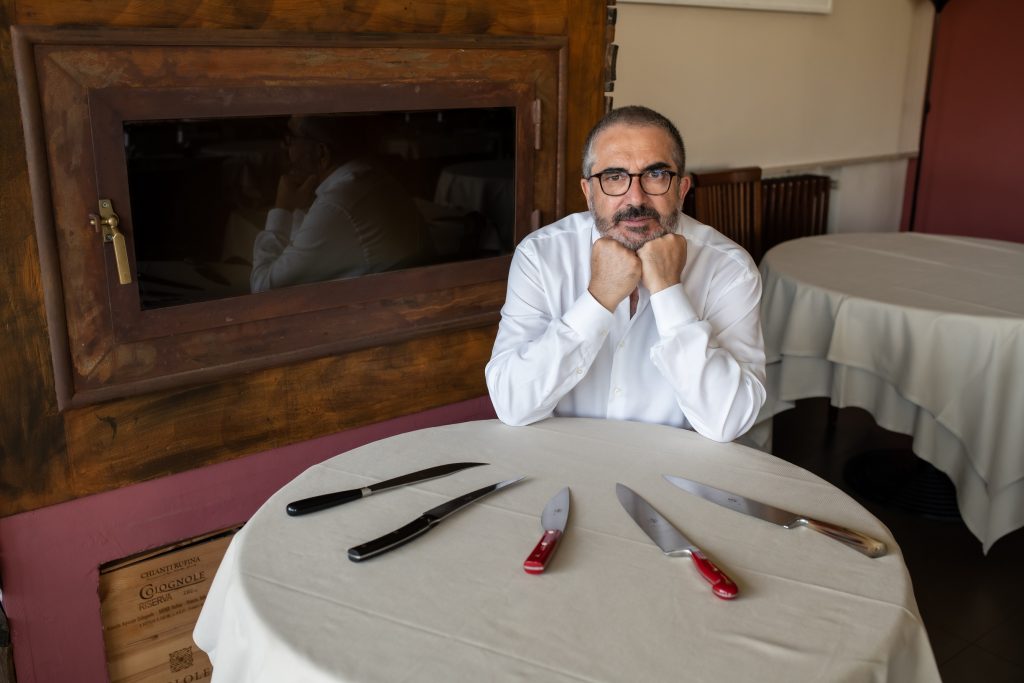 Years ago I received as a gift a knife known as Pontormo with a dashingly curved blade and a piercingly sharp tip that looked as though it could cut its way through anything edible raw or cooked—meats, salumi, fish, vegetables, fruits, cheeses, crusty bread and tarts—and much more. As it turned out, the knife, crafted by the Coltellerie Berti of Scarperia, was inspired by pieces of cutlery depicted on the table of Pontormo’s Cena in Emmaus, painted in 1525 and today displayed in the Uffizi. What was apparently used as a table knife then is considered primarily a kitchen knife now, though I’ve become so fond of my trusty Pontormo that I use it for just about everything: cutting, chopping, slicing, carving, peeling, mincing, as I shift it from cutting boards to my place at the table.

Coltellerie Berti has been handcrafting knives since 1895, when David Berti opened an artisan workshop at the village of Scarperia in the Mugello hills north of Florence. The prime emphasis was on pocket knives modelled on Tuscan and regional Italian traditions with folding blades and handles honed from animal horns and bones, various metals and woods ranging from juniper and olive to amaranth and ebony, each knife crafted entirely by hand by an artisan from start to finish. As the firm passed down through the generations—from David to Severino to Alvaro and now Andrea—the handcrafting continued as the range of types expanded to take in kitchen knives, table knives and specialty knives, as well as a line of cutlery for “Chefs and Designers” with models inspired by such masters as Gualtiero Marchesi, Lucio Pompili and the dessert guru Ernst Knam.

In speaking with Andrea Berti in a recent videocall, I was impressed with his steadfast dedication and creative approach to a craft representing a Tuscan tradition dating back to Medici times when Florence was the center of a knife industry involving some 19 artisan botteghe. Eventually the industry gravitated to Scarperia, which lies along ancient trade routes between Bologna and Florence. Asked if there was some special reason for the shift from Florence, Andrea, puffing on a Toscano cigar, replied, “Not that I know of, but it might have been to avoid taxes.”

The cigar was cut with a mozzetta, a stubby jackknife with a short blade that Andrea admitted he had a special feeling for because it was the favorite of his great grandfather David.

By now the Berti catalogue extends through a series of some models of cutlery and related items, including a number of knives with handles of a highly sophisticated form of plexiglass and blades realized through cutting edge technology. But the main focus remains on cutlery of the Tuscan tradition, led in popularity by the fabled Pontormo and sets of steak-knives in the series known as Convivio, Compendio and Valdichiana specially designed to polish off a bistecca alla fiorentina.