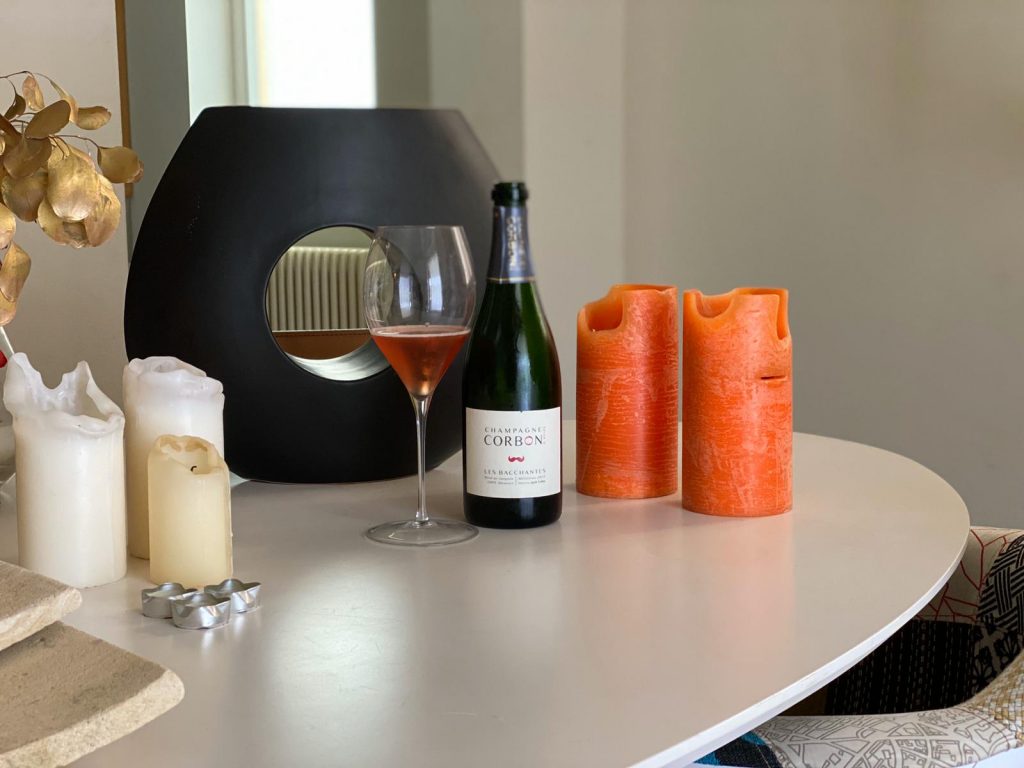 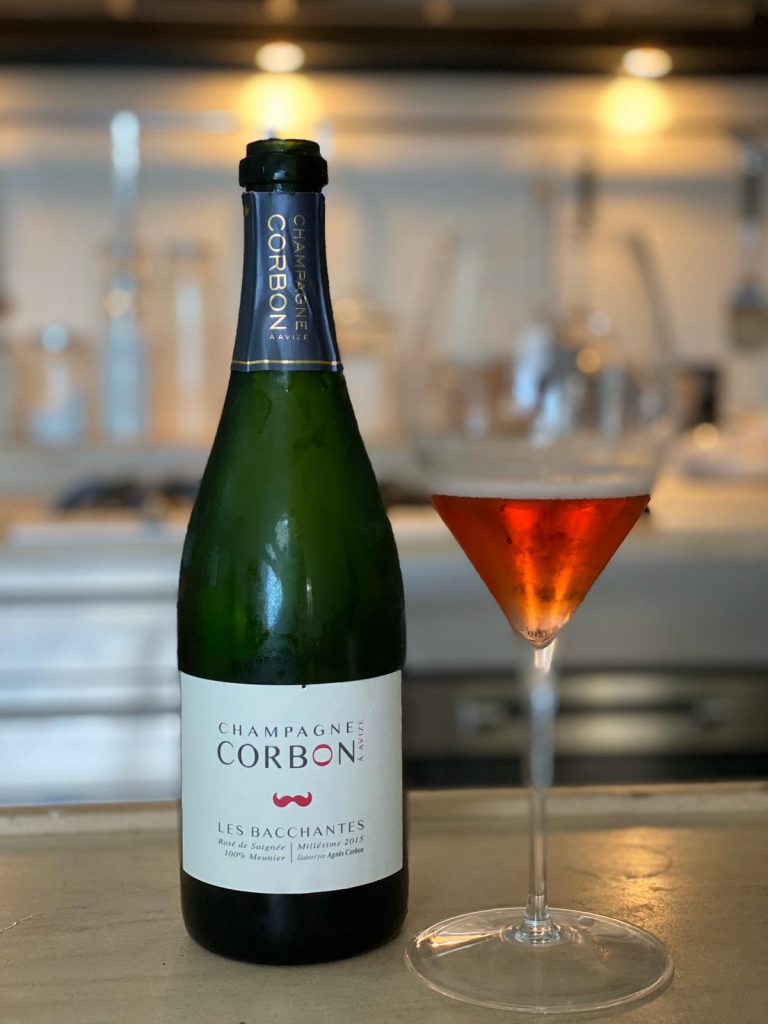 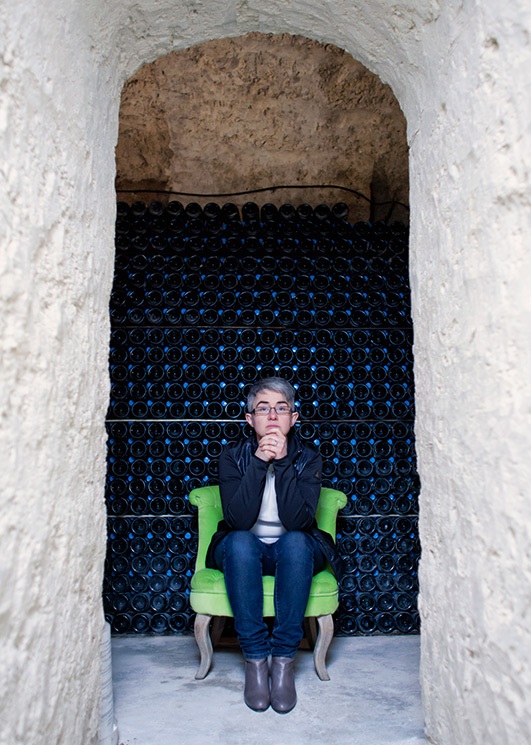 For the story behind this enchanting pink sparkler, we turned to its creator, Agnès Corbon, who  runs a small family winery in the village of Avize in Champagne’s Côte de Blancs. As reported in a recent issue of the Heres Newsletter, Agnès always followed the principle of her father Claude that blanc de blancs benefits from long maturation on the lees to give Chardonnay the utmost in finesse and elegance.

Then, on a whim, Agnès decided to do something different and created Les Bacchantes Rosé. As she explains: “For a very long time, I didn’t make rosé because I always saw myself as a Chardonnay kind of girl. But in the spring of 2015, I tasted the rosé de saignée of my friend and colleague Tomithé Stroebel and fell in love with the crispy fuitiness. So I decided at the first opportunity I would try to make a small batch of rosé. The 2015 harvest was gorgeous, the Meunier grapes were ripe and beautiful, so I gave it a try. I chose a south-facing plot of Meunier in Trélou-sur-Marne called “Les Vignes d’Avize” because yields are lower and grapes more mature than in any other of my Pinot or Meunier plots.

The wine came from 100% Meunier grapes vinified following the saignée or “bleeding” method of drawing off the musts after 18 hours of maceration with the skins, followed by fermentation in oak barrels and élevage of 10 months in oak and complete malolactic fermentation. No fining, filtering or cold stabilization before the wine was put in bottles in September 2016 to undergo the second fermentation of three years.

“I do love this wine, which is different from any I’ve ever made,” says Agnès. “I was looking for crisp red fruit concentration and with those gorgeous grapes to start with and a bit of luck I achieved just that. I made two barrels for a total of 615 bottles. I haven’t made rosé since. I tried in 2018, but I wasn’t happy and didn’t bottle it. I certainly look forward to making some more; who knows, maybe in 2020!”

But what about that name Bacchantes, which refers to moustache, or as a rosé to a pink moustache?

Agnès explained that at one point she was looking for a name for her vintage cuvées that she had begun vinifying in Burgundy barrels, so her father Claude, who had recently grown a moustache that she thoroughly disliked, jokingly suggested: Les Bacchantes! “Well, I said, no way I’m going to call my wines ‘Moustache,’ but  somehow the idea caught on, and after some contemplation I gave in and said OK, Les Bacchantes it is.”The name was first applied to a vintage blanc de blancs vinified for a minimum of five years on the lees. It obviously grew on her, because when it came time to name her new wine it became Les Bacchantes Rosé.To maintain its bouyant freshness, Agnès limited the Champagne process to three years instead of the usual five or more.

When asked to describe her creation Agnès resorted to customary ironic understatement: acidulous with fruity notes of strawberry and cranberry,  a “mouth freshener,” suggesting that it be served on its own as an aperitif, possibly in caraffe.Mouth freshener indeed. My take is that father’s “pink moustache” would glorify the flavors of almost any item in that grand array of tidbits that the French call amuse-gueules.