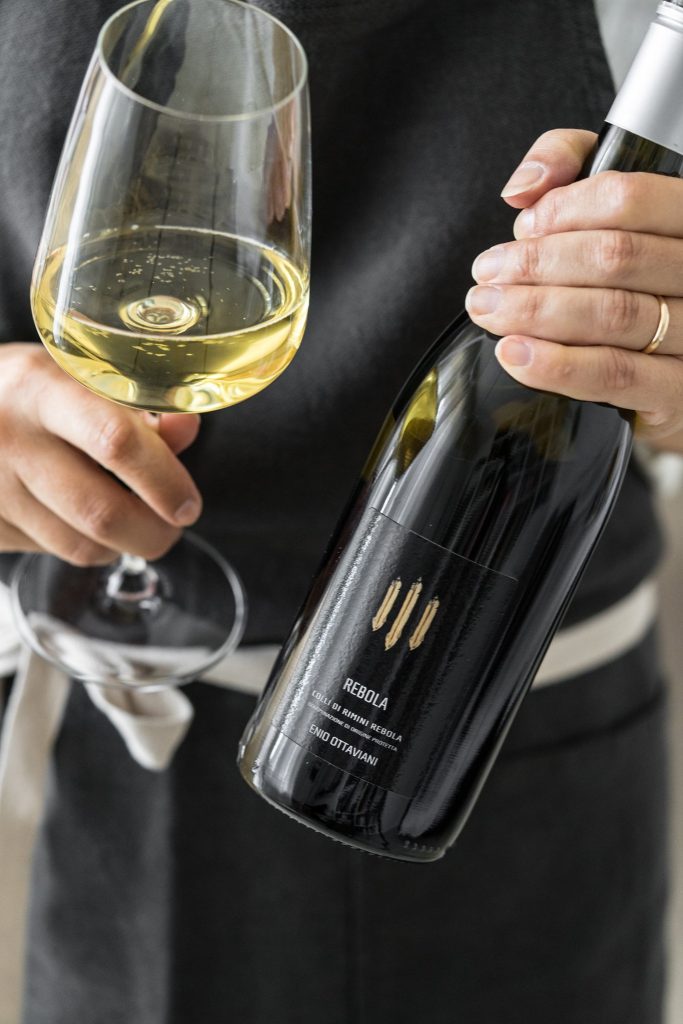 Enio Ottaviani Rebola: an intriguing white wine at its best with fish

As Ian d’Agata wrote in Native Wine Grapes of Italy: “Many Italian grape varieties are plagued by myriad erroneous names and synonyms, and Pignoletto is no slouch in this department. It is called Grechetto di Todi in Umbria, where it is an important part of the Orvieto wine blend. In Emilia-Romagna it is called Rèbola, but the two are identical.”

The Enio Ottaviani winery calls the wine Rebola, but to confuse things they list the vine variety as Grechetto Gentile. Whatever the case, Rebola is a white wine to reckon with, a worthy sequel to the Ottaviani wines discussed earlier: Caciara, a Romagna Sangiovese Superiore that struck me with its verve, vigor and potential versatility, and Strati 2019 Romagna Pagadebit, a white of youthful energy marked by scents of flowering meadows and the herbaceous hints of hawthorn that grows in the scrub along the Adriatic coast.

Rebola 2019, fermented and aged in cement tanks, shows deep straw yellow color and intense floral scents with hints of citrus and pineapple. Flavors are fresh, crisp and well-rounded with balsamic notes and an enticing saline finish.

The wine has the depth and character to make a match for many dishes, starting with such Romagnan specialties as piadina with salumi and cheeses and moving on through pastas and main courses based on vegetables, cheeses, veal and poultry. But perhaps it shows its best with seafood, such as the Adriatic fish stews known as brodetto or grilled sgombro, Mediterranean mackerel. The Ottaviani team, whose motto is making their wines for friends, suggest a match for Rebola that brings out its food friendly qualities: quadretti in brodo con le poveracce, pasta squares served with the vongole known as poveracce in Romagna in a tasty broth of the clam juice blended with herbs and vegetables