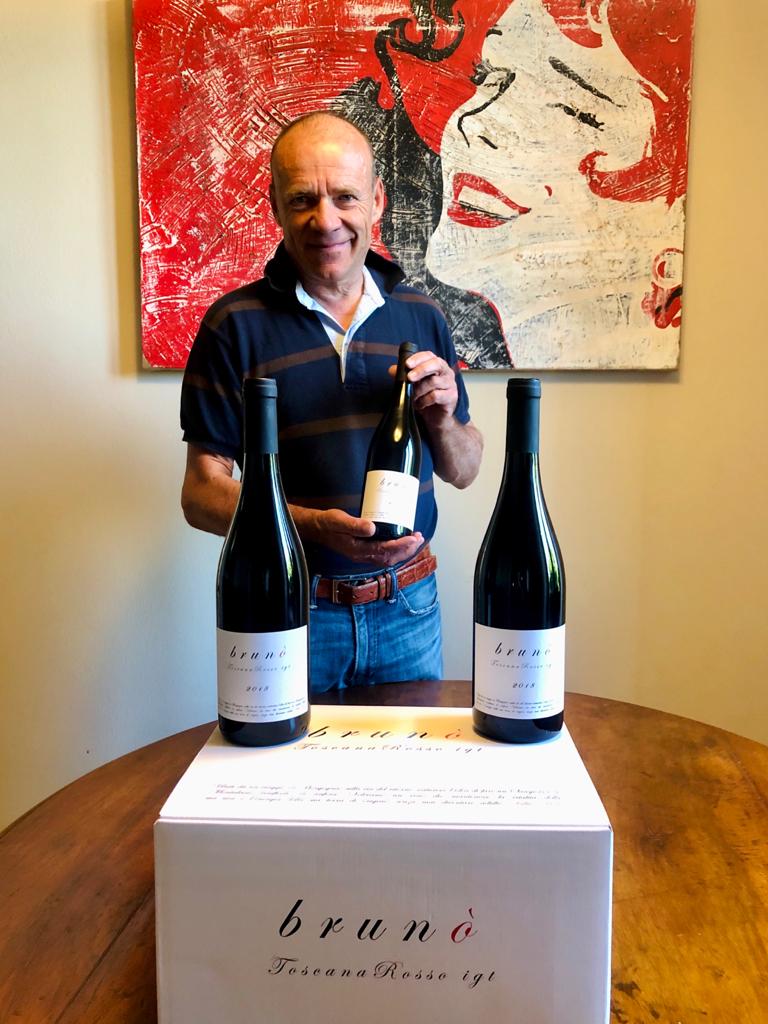 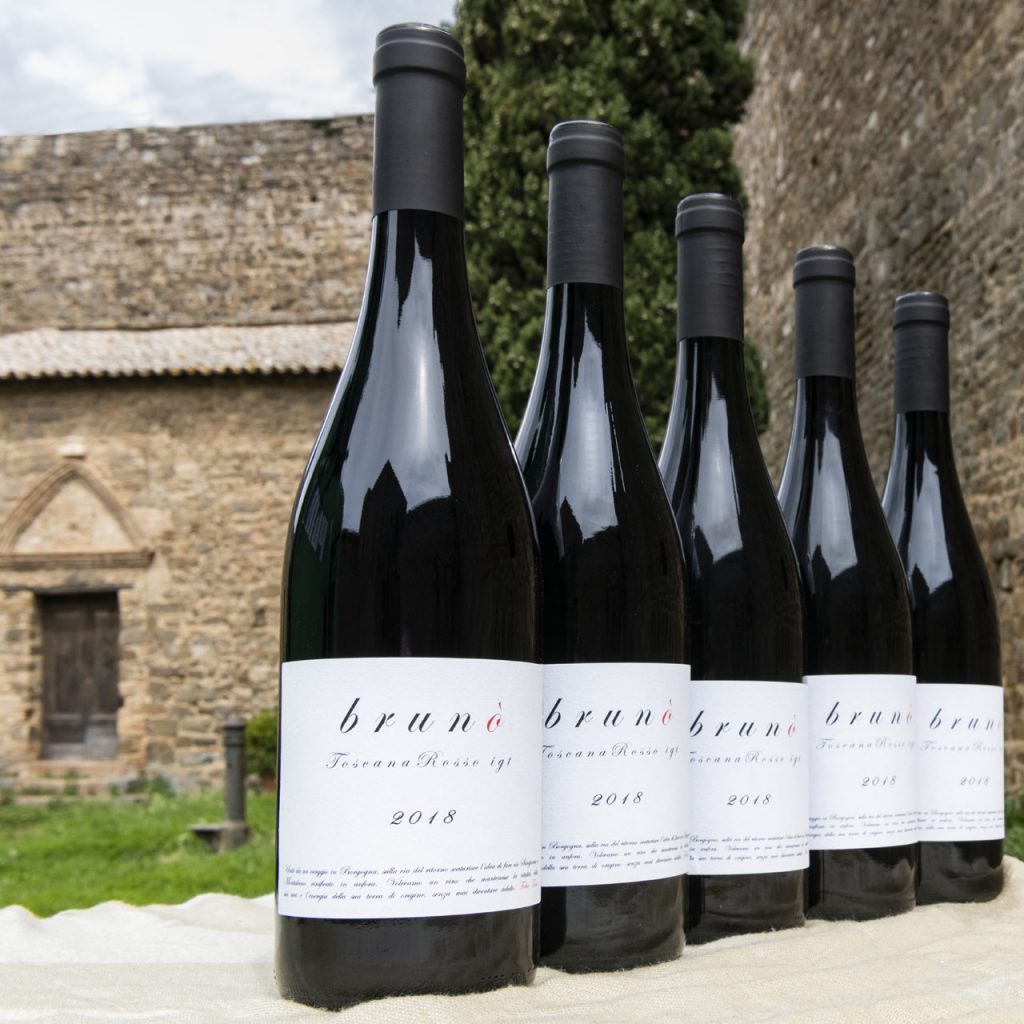 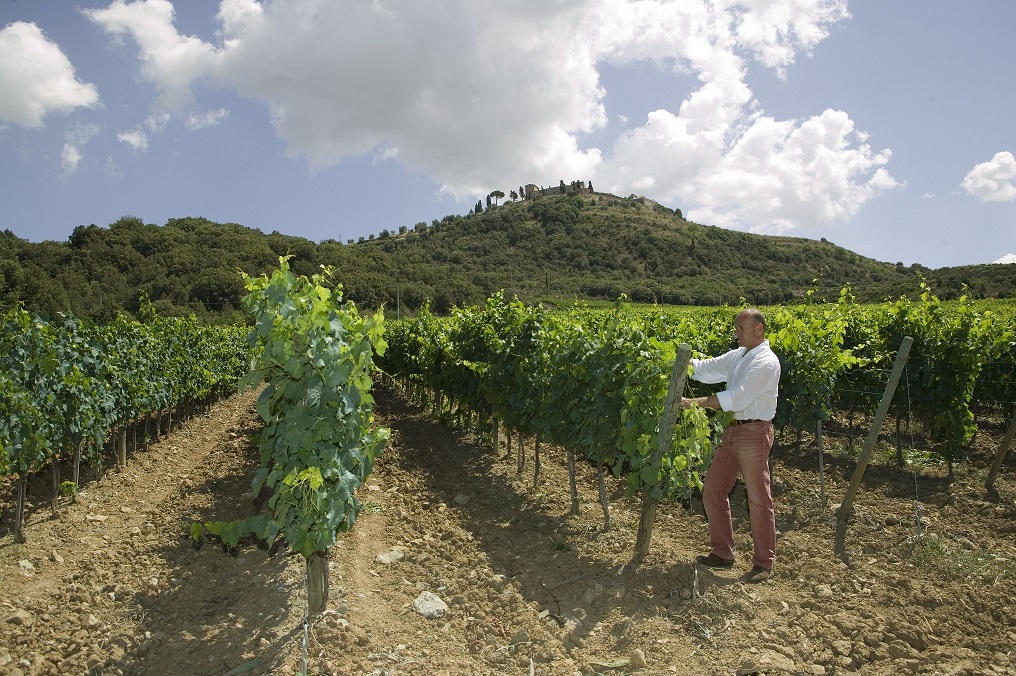 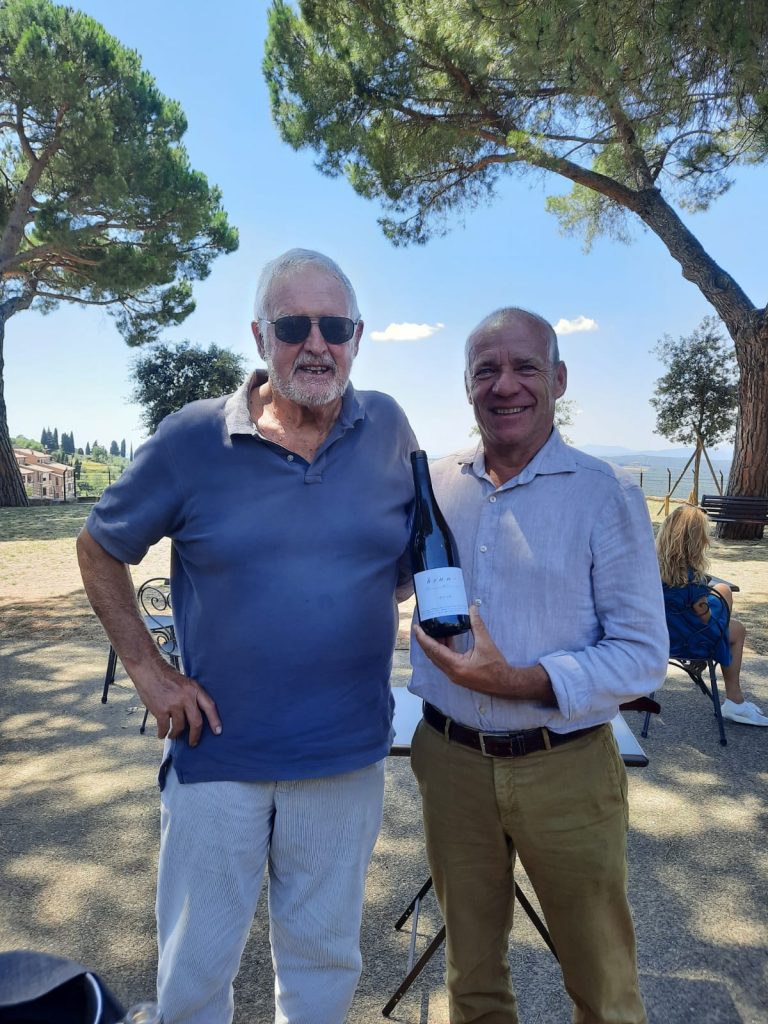 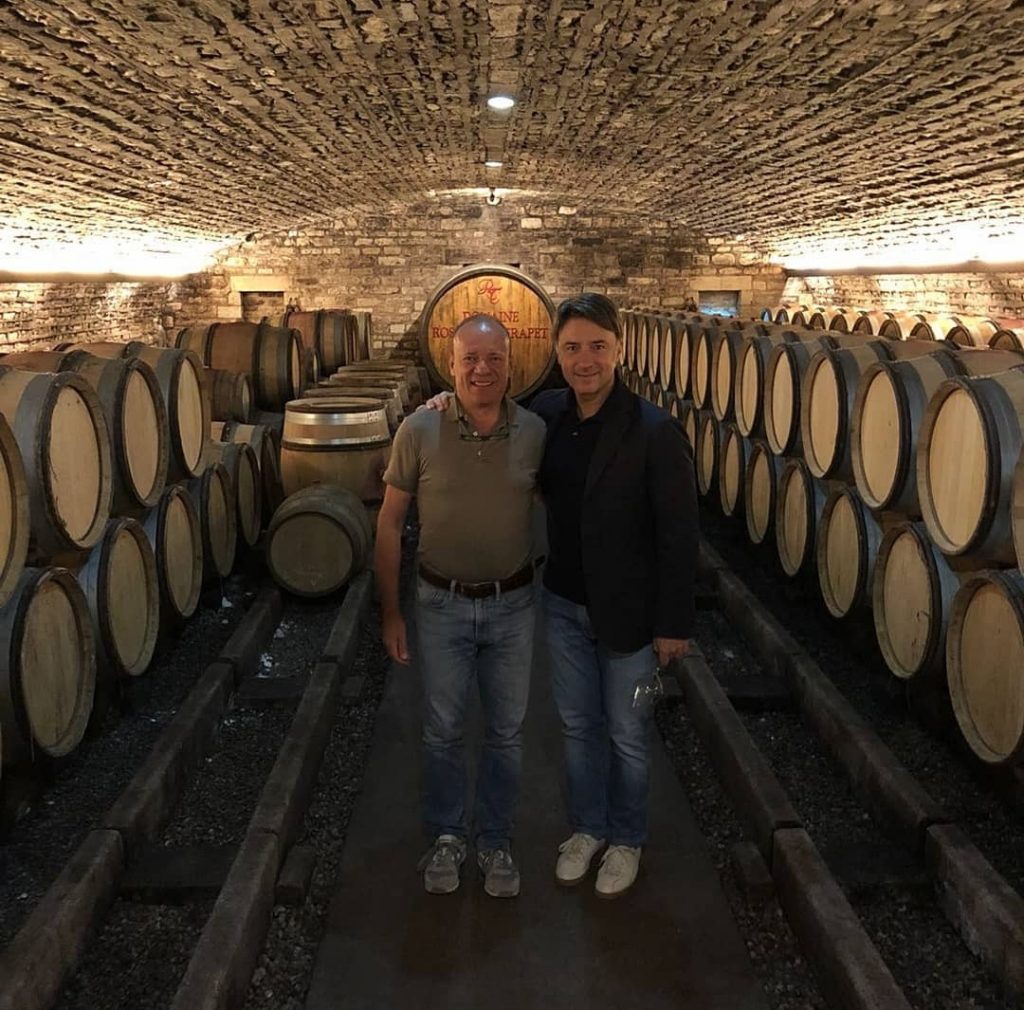 Fabio Tassi and the Burgundian conception of Brunò

The following message appears in small print on the label of Brunò, a red wine from Montalcino created by Fabio Tassi in collaboration with Heres:

Translation: Together on a trip to Burgundy, on the way back the idea arose of making a Sangiovese in Montalcino vinified in amphora. We wanted a wine that would maintain the vitality of its grapes and the energy of its land of origin, without ever becoming an adult. Fabio Tassi

With Fabio Tassi on that trip to Burgundy in July 2018 were Cesare Turini of Heres and Armando Castagno, the author of a monumental book on the wines and vineyards of Burgundy’s Côte d’Or. As Cesare recalls: at dinner over a bottle of a recent vintage Chambolle-Musigny Les Amoreuse of Groffier, Armando asked Fabio something to the effect of why producers at Montalcino didn’t makes wines of such youthful goodness instead of letting Brunello sit in casks for years and lose its vitality.

Fabio said that he probably could, making a wine from Sangiovese vinified and matured entirely in amphora.  “We were all so enthusiastic about the idea that less than three months later the dream was on its way to becoming a reality when we secured an amphora of terracotta made in Impruneta and began the vinification.”

Sangiovese grapes were selected from a 2.5 hectare vineyard with a plant density of 6,000 per hectare exposed to the southwest at 270 meters of altitude beneath Castello di Velona at Castelnuovo d’Abate. Vinification took place entirely in that amphora using 15% of whole cluster grapes for musts that fermented slowly until the wine was racked in December to undergo malolactic fermentation followed by maturation in the amphora until September of 2019. At that point the wine was extracted to fill exactly 999 bottles and the new vintage of Brunò began its vinification process.

Beyond his production of Brunello and Rosso di Montalcino from family vineyards, Fabio Tassi serves as a sort of capitano del popolo at Montalcino for his many activities and initiatives that include ownership of the Enoteca La Fortezza, as well as a family boutique and the restaurant La Sosta. Brunò was produced in his state-of-the-art winery on the edge of town.

I tasted the wine with Fabio in the pine shaded garden where La Sosta serves meals on summer days. It arrived at the table at about 15 degrees, which seemed right for the moment as we sipped it with raw tuna tartar, but by the second pour when a plate of pici with a tangy sauce arrived it benefited from a dip in an ice bucket.

As I said to Fabio the wine shows a smooth exuberance that would permit it to shine with a great range of foods, not least of all fish. “Absolutely,” said Fabio, who had been on the phone with his supplier of seafood straight from the boat at Castiglione della Pescaia.

As we tasted, Fabio talked about Brunò. The idea was to create a red from Brunello grapes that had nothing to do with traditional Brunello di Montalcino or Rosso di Montalcino, for that matter. By now everybody knows Brunello as a barrel-aged red of stature and longevity, perhaps the most venerated example of Sangiovese’s potential. But insiders are also aware that Sangiovese from Montalcino if vinified and matured in a certain way can result in wines of youthful vitality and mellow finesse. Brunò seems to herald a new breed of red from Tuscany’s most famous wine town.

When I asked Fabio if he had any particular model in mind. He grinned and said: “Well the idea was conceived in Burgundy.”