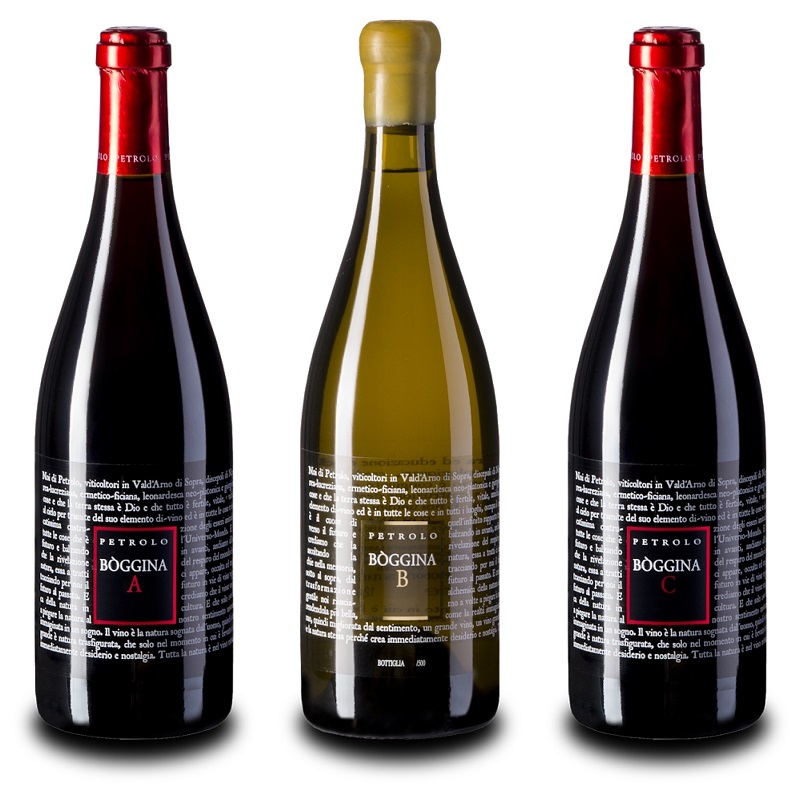 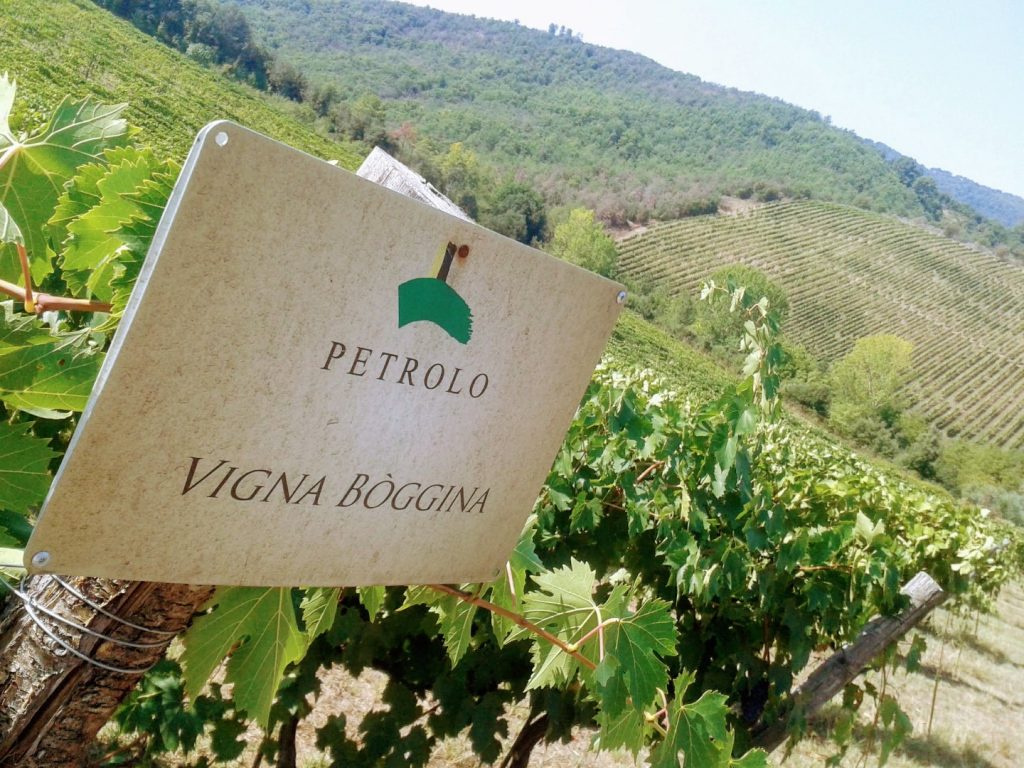 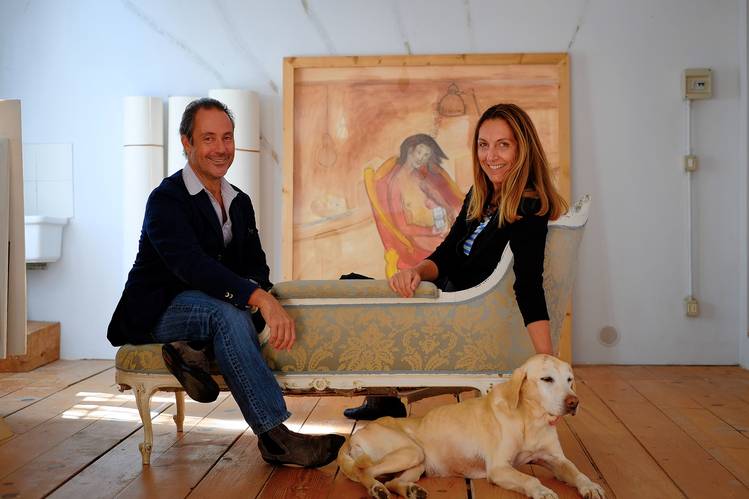 Petrolo: Bòggina B, a Visionary Trebbiano

In an earlier edition of the newsletter, we talked about Petrolo and the artistic winemaking of Luca Sanjust, focused on individual crus: Merlot of Vigna Galatrona for Galatrona; Sangiovese of Vigna Bòggina for two types of red and Trebbiano for a bianco; and Cabernet Sauvignon of Vigna Campo Lusso for Campo Lusso. Then there is Torrione, a red wine that captures the soul of the vineyards in a blend of Sangiovese, Merlot and Cabernet Sauvignon.

This time the focus is on Bòggina, source of two red wines from Sangiovese: Bòggina A (for Anfora) vinifed in 300-liter terracotta amphorae, and Bòggina C (for Classico) vinified by traditional methods in cement tanks and matured in French oak 40 Hl barrels and tonneaux. Then there is Bòggina B, the B for Bianco, which has a rather intriguing story behind it.

Let’s begin by quoting the wording on the label to convey the spirit behind a visionary Trebbiano.

We of Petrolo, winegrowers in the Val d’Arno di Sopra, disciples of Nepo da Galatrona, by tradition, culture and education Heraclitian, Dionysian-Epicurean-Lucretian, Hermetic-Ficinian, Leonardesque neo-Platonic and Giorgionesque neo-Aristotelian, romantics and revolutionaries, we believe that God is in all things, and that the earth itself is God and that everything is fertile, vital, wet, crackling, lush. And that man is joined to heaven by means of his divine element and is in all things and in all places, occupying the core of the ramified and highly complex configuration of animal and vegetal beings: the heart of that infinite affinity of all things which is the Universe-World. And we winemakers, men and women rushing to the future in leaps and bounds, turn back toward the original and the ancient, believing that the revelation of the world breathing was silent and by just being silent and listening to nature, as it appears at intervals, occult and enigmatic, glittering like flashes of memory, guiding us to dynamic future ways of wine from the inside out, from top to bottom, from the future to the past. And we believe that wine, a great wine, is the poetic alchemical metamorphosis of nature into culture. And that only by having a light hand and loving heart are we able at times to bend nature to our sentiments, to humanize it and make it more beautiful, like a reality imagined in a dream. Wine is nature as dreamed by man, thus enhanced by sentiment; a wine that is great, a great wine, is nature transformed, which only at the moment of drinking elevates itself and its natural essence because it immediately inspires desire and memories. All of nature is in wine, but wine is not only nature.

As Luca Sanjust explains: Bòggina B is produced from Trebbiano del Valdarno vines planted at Petrolo in the seventies in the Poggio vineyard. It was conceived following our conviction that the environment of Petrolo and the Valdarno in general offer exceptional conditions for aspiring to produce a white wine of great quality from pure Trebbiano. To that end, documents dating back to the early fourteenth century attest to the quality of Trebbiano from a parcel that still exists at Petrolo called “Spedale.” That plot was then owned by the papacy, for which a wine regarded as exquisite and very precious was shipped to Rome.

Bòggina B was also a result of my meeting with Mounir Saouma of Lucien Le Moine, a great Burgundy house, who inspired and guided us and gave valuable suggestions during the various stages of production, both in the vineyard and the cellar, under the careful control of our consulting enologist Carlo Ferrini, assisted by our company enologist Simone Cuccoli.

Bòggina B is fermented in barriques and tonneaux of French oak, selected and crafted for us by Lucien Le Moine, and remains “sur lie” for the entire period of vinification of about two years.

We are convinced that by working in a way that is our custom at Petrolo, with a light hand and loving heart, that it is possible to make a wine of pure Trebbiano to rival the great white wines of Italy—and not only Italy. At least that is our hope and desire.

The first year of production was 2014. From this vintage we produced just over 500 Burgundy-style bottles and 50 magnums. Twenty of these magnums were decorated with exclusive labeling painted by Sabina Mirri [Luca’s wife], each original and different.

Currently on the market is the 2017 vintage, which the critic James Suckling described as “…one of the coolest whites of Tuscany with a mineral, apple, and light flint aroma and flavor profile. Full-bodied, tight and focused with a beautiful finish of bright acidity and a stone, creamy texture.”